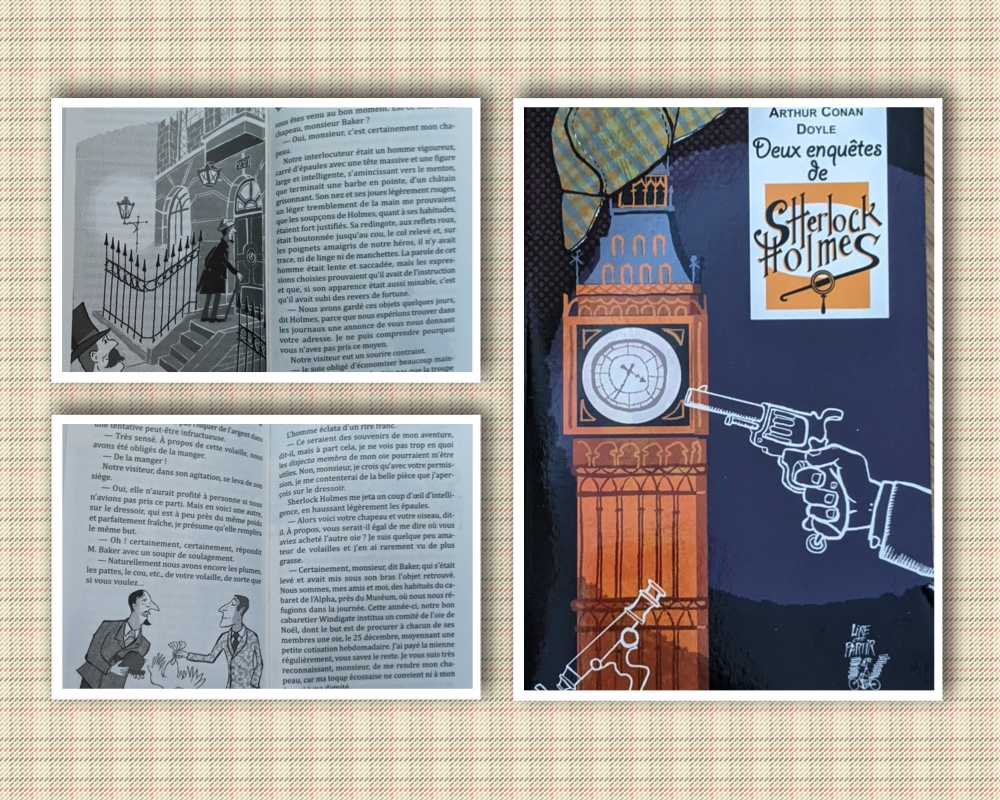 In French, from 8yo.

Read two Sherlock Holmes’s stories: The Red-headed league and the blue Carbuncle. In the former story, Wilson, a London pawnbroker, comes to consult Sherlock Holmes and Doctor Watson. While studying this prospective client, both Holmes and Watson notice his red hair, which has a distinct flame-like hue. Wilson tells them that some weeks before, his young assistant, Vincent Spaulding, urged him to respond to a newspaper want-ad offering highly-paid work to only red-headed male applicants. The next morning, Wilson had waited in a long line of fellow red-headed men, was interviewed, and was the only applicant hired, because none of the other applicants qualified; their red hair was either too dark or too bright and did not match Wilson’s unique flame colour.

In the second story, As London prepares for Christmas, newspapers report the theft of the near-priceless gemstone, the “Blue Carbuncle,” from the hotel suite of the Countess of Morcar. John Horner, a plumber and a previously convicted felon, is soon arrested for the theft. Despite Horner’s claims of innocence, the police are sure that they have their man. Horner’s record, and his presence in the Countess’s room where he was repairing a fireplace, are all the police need.

To solve the mysteries visit https://bit.ly/38ryntW