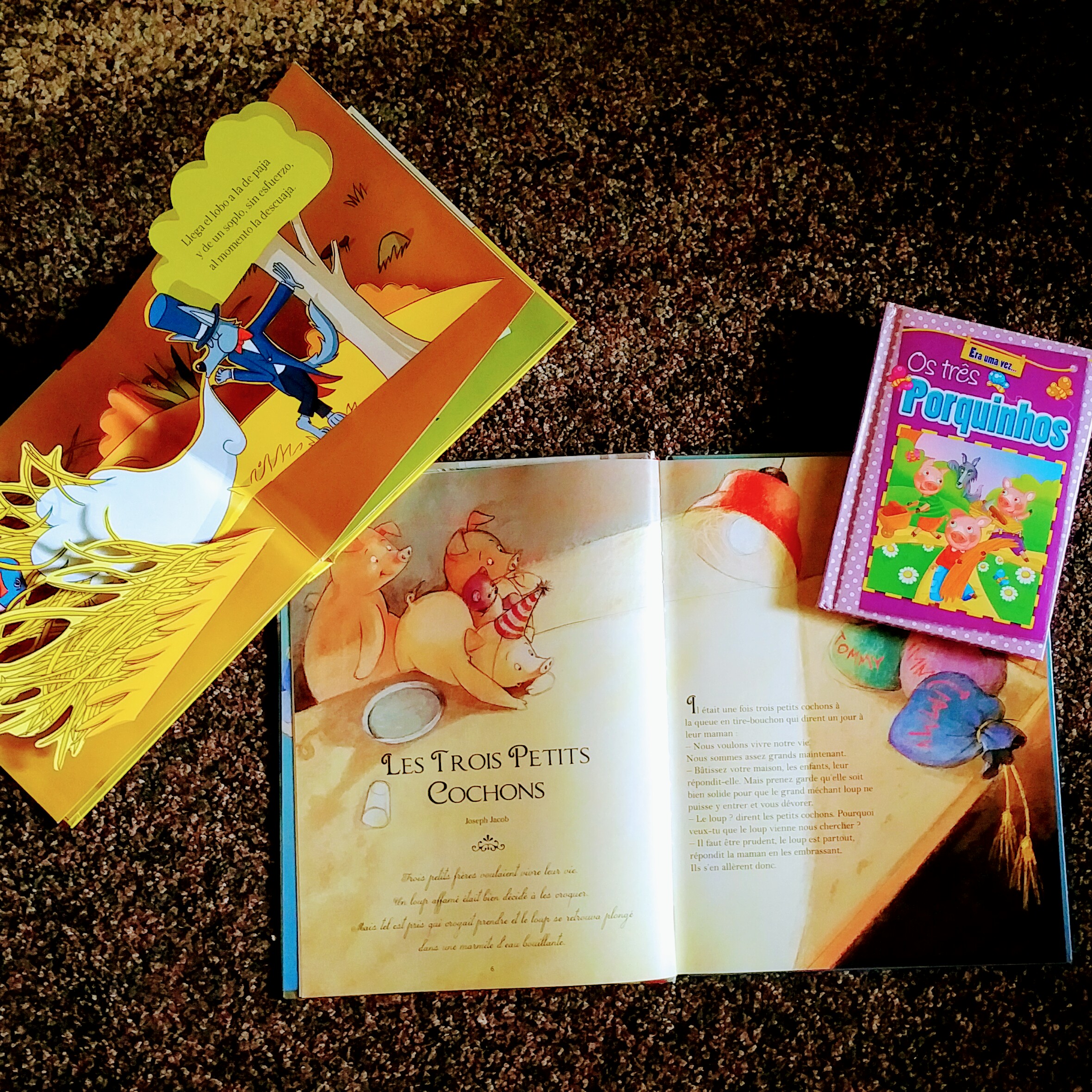 “IMLD promotes awareness of linguistic and cultural diversity and multilingualism”. Australia is a multicultural society and as such understands the significance of the diversity of its population. It is celebrated on 21st February.

The Australian government through his Early Learning Language Australia (ELLA) program has already made a step in the right direction. The childcares which have applied will be able to use the app on an iPad.

It is far from being perfect, children learn better with interaction and through play and do not need screen time so young. However, as mentioned previously, it is recognises a gap and it is still some exposure to another language.

This year we have chosen the story of ‘the three little piggies’ which is a favourite of my children. We will read it in their three languages.

Which story have you chosen to read to your little ones today?