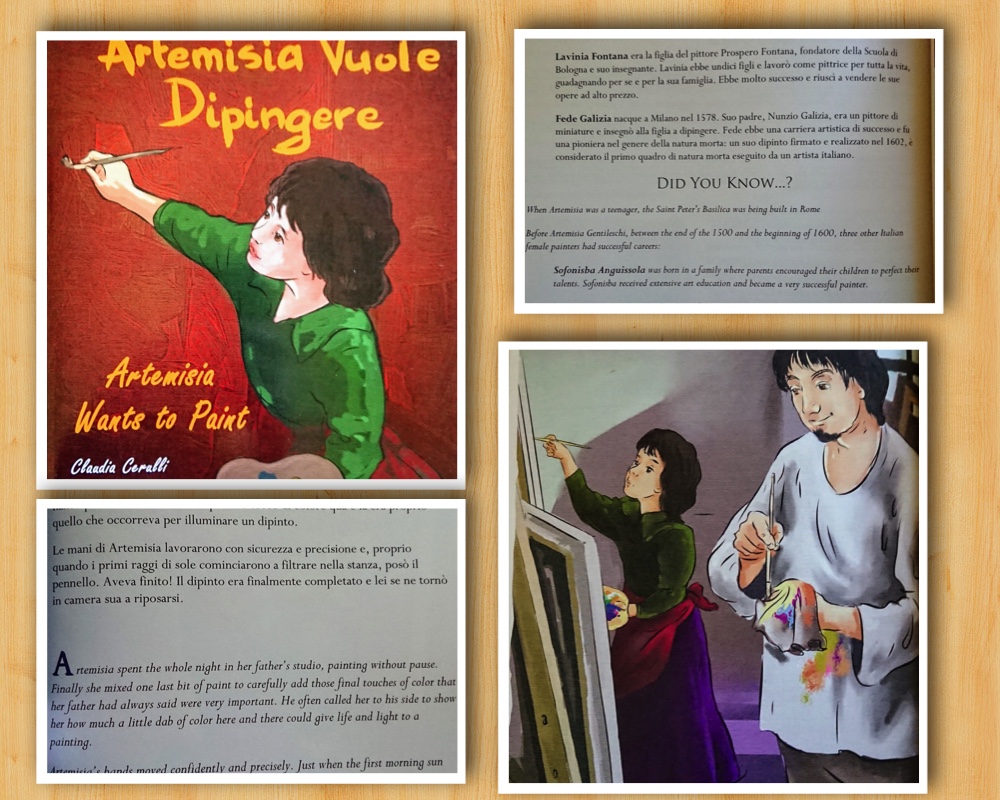 Bilingual English-Italian, from 4yo.

400 years ago, in Rome, lived a young girl, Artemisa. She is the daughter of a famous painter Orazio Gentileschi. She too loved painting, her would let her practise on canvas scarps. One day, her father received an important order. A painting which had to be ready in a very short period of time. Orazio worked day and night siding several weeks to fulfil the order. The painting was nearly finished and was due to be collected the following day. However, Artemisia’s father was so exhausted that her daughter could not wake him up. She decided to finish the painting the way her dad had shown her to preserve her father’s impeccable reputation. The client was impressed with the final painting and Orazio was very proud of his daughter. From that day onwards, Artemisa was allowed to practise on new canvas and she became the most famous female painter of her time.

Great bilingual book for Italian learners who will reinforce their language as well as culture.