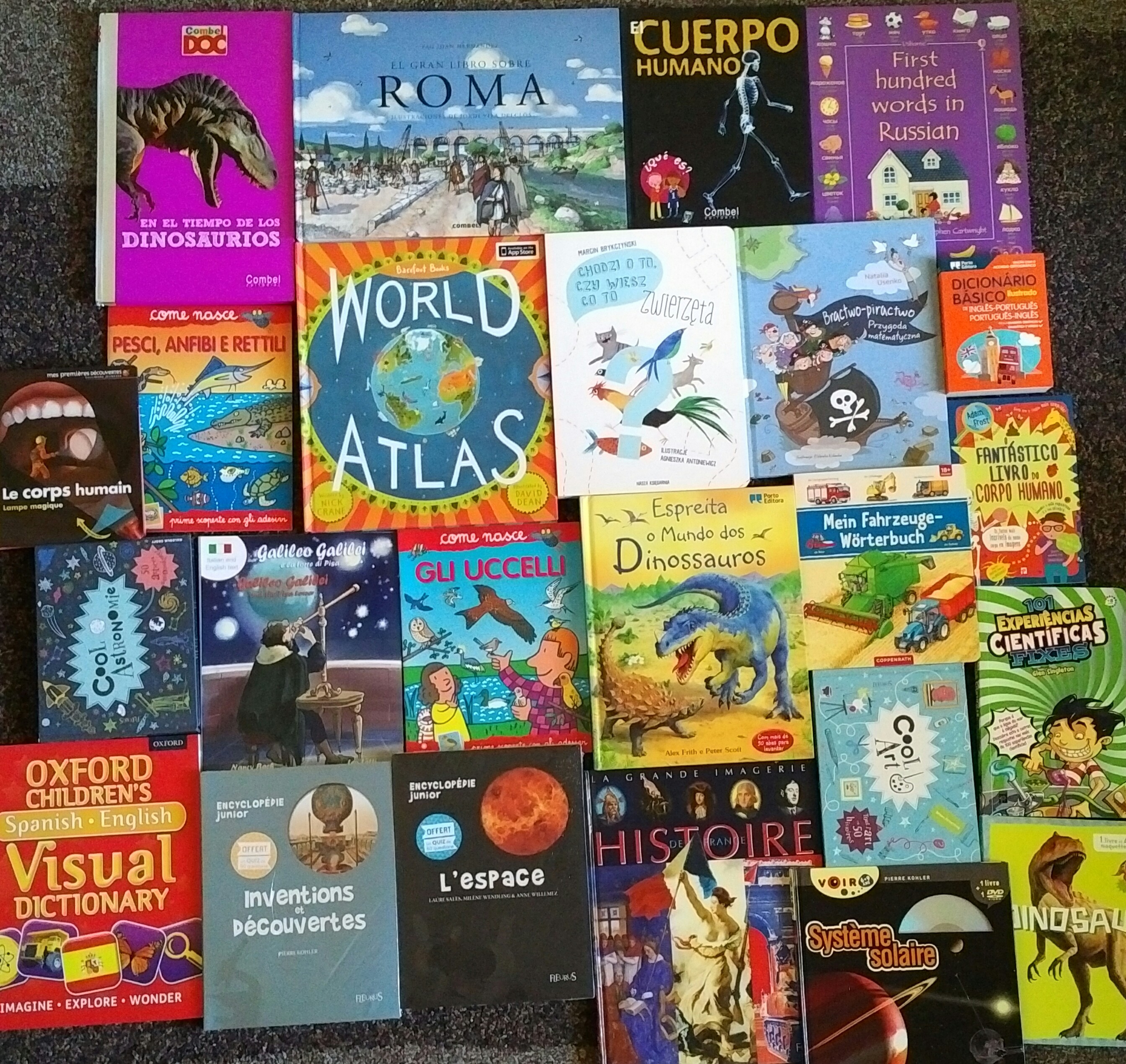 Children are back to school and this is a great opportunity to reinforce those language skills. Teaching children your language through themes they are interested in or expand their language skills through new topics, ideally subjects that they are studying at school. This way you get to kill two birds with one stone. They will learn new things and get to practice their minority language.

Here are our suggestions in the various languages we carry:

Inventions et découvertes all about the major inventions and discoveries in French.

Les dinosaures – comes with a CD. All you wanted to know about the diplodocus, T-rex, triceratops…

L’histoire de France – The history of France for kids

La France – visit France with photographs, cultural and economic data for each region of France.

Les astronautes – find oud about how astronauts live in space.

Los conquistadores de los mares – Who were the great navigators? Where did they go?

Sing & learn in German – learn German while singing on the days of the week, greetings…

Dinosaurier – All about dinosaurs in German

Insekten – go outside and identify the insects and learn fun facts about them with this book with flaps.

Como nasce i mammiferi, how are the mammals born?

Como nasce i tissuti – how is fabric made?

Dicionario basico – great bilingual dictionary in a small format, perfect to fit in all backpacks

O fantástico livro do corpo humano – great book to learn about the human body in a fun way.

Arabicubes – wooden blocks to learn the Arabic alphabet and how to spell words.

Arabicouples – matching card game, match couple from the Arabic speaking countries, find out about the flags and their traditional outfits.

Chkobba kids – learn how to count in Arabic while playing cards. The cards show the western and the Indian numbers.

Rock and learn a language DVD – Great resources to introduce basic vocabulary such as clothing, house furniture, numbers…. in Spanish, French, Chinese, Italian, German and English. All in one DVD.